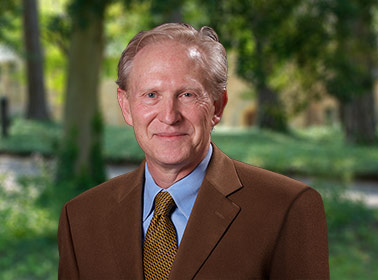 After graduating with honors from Duke University in 1976, Jeff earned his J.D. degree at the University of Tulsa College of Law. Following law school, he served as a judicial clerk to United States District Judge Franklin T. Dupree, Jr. Jeff went on to become a partner at one of the premier national law firms, Kilpatrick Townsend & Stockton, L.L.P., before he joined Salem in January 1996. He is past President of the Young Lawyers Division of the North Carolina Bar Association and he has served as President of the Parents’ Association and Chairman of the Board of Trustees of Forsyth Country Day School. He was President of the Duke Alumni Association Board of Directors from 2012-2014, a member of the Duke University Board of Trustees from 2011 to 2015 and Chair of the Hospice and Palliative Care Foundation Board of Directors (2009-2011). He is founder and past President of The First Tee of the Triad, a chapter of the national organization designed to foster character development and life skills in kids through the game of golf.